Before I tell you about the late Christmas, let me tell you about this owl that we saw on our morning walk the other day. It was sitting on the rugby goal, crossbar thing and just watched us go by. TJam took three flash photographs (she did ask the owl's permission first) and the owl didn't blink an eye. It was amazing. 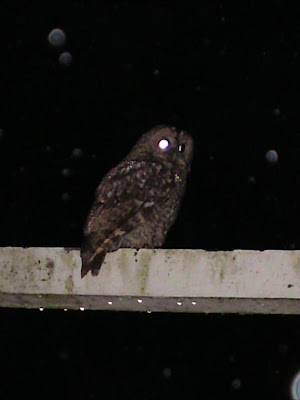 So back to Christmas. At the weekend, Pin and Huddersfield Town came to our house to have our late Christmas. TJam made mince pies with their initials on. If you don't know TJam personally or haven't seen the kitchen, you may not realise what an outrageous feat this is. And no one got food poisoning. Maybe it was the mulled wine that killed of all the bugs? 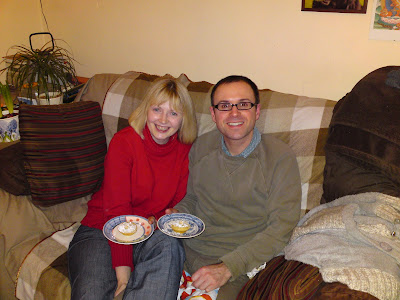 P and HT gave us a stuffed bone each so we were busy all evening.
After dinner, we went outside and the humans tried to welcome in the new year with a Chinese lantern. Unfortunately it was a bit windy. HT chased the lantern through the brambles next to the houses, trying to avoid a bush fire or the burning down of people's homes. Then the flaming part of it fell out of the lantern as modelled below. 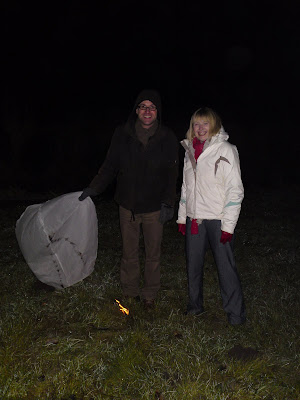 The humans had a good giggle about it and nobody burned to death.
Posted by Beanz at 21:09

Being set on fire always seems to end a party. Glad that everyone is ok ;)

And that owl is quite handsome!

Lovely pics. Well done on the mince pie front and even more well done on the hero front HT, the neighbours will never know how lucky they were! Lovely to see everyone enjoying Christmas. DG