What's this?
Bamgee gave us an excellent Christmas present this year 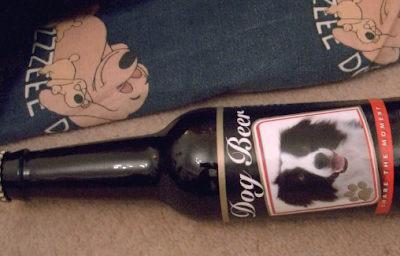 but I think Beanz may have overdone it a little.
Perhaps she needs hair of the dog. 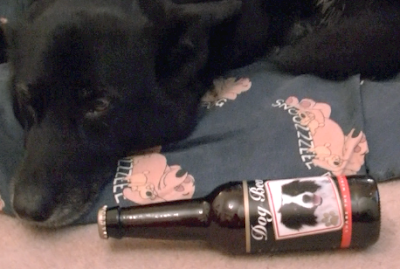 Once again, us dogs have to take a back seat while Santa's Elves get on with the important business of wrapping our tripe sticks for tomorrow... 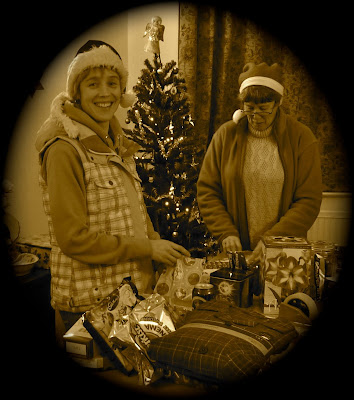 We will go off guard duty tonight and let Santa in whenever he wants to call by.
Merry Christmas Everyone!
Posted by Beanz at 22:24 1 comment:

Today, it was no dogs allowed, as Puppy and Piglet took their plastic milk bottle tops to the toymaker... 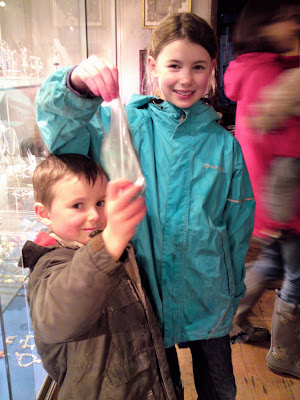 The toymaker pointed out all the different little plastic soldiers and figures and puppy and piglet chose what they wanted. 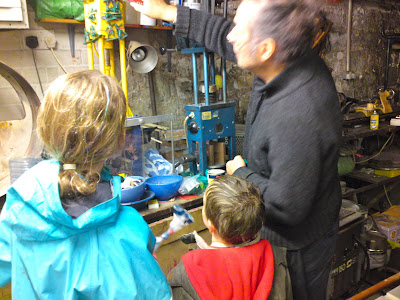 Then the toymaker poured the plastic into the mould , counted to 10,
and took it out of the mould.
Then he took the little figure to his workshop to file it down. 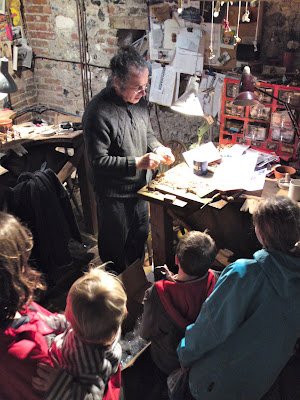 Tada! Tom Payne, the revolutionary.
And all made out of milk bottle tops. 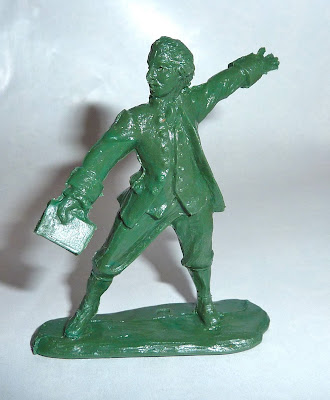 (Do not read while eating)
While TJam was out Christmas shopping for everyone else, I started to feel guilty that Beanz, Chips and I hadn't really organised anything special for our human.
So, after much deliberation, for TJam's Christmas entertainment and present,
I used this bag to open this cupboard and do a stirling bin raiding job... 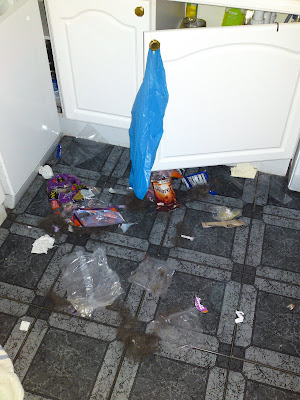 ... and then I did a cartoon style, post-bin raiding poo.
Perfect. 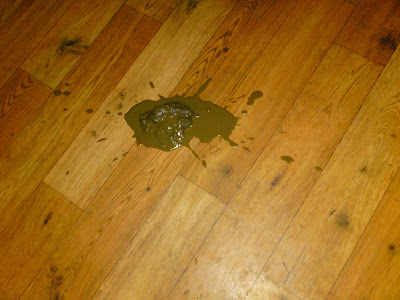 What human could want for more?
Posted by Chips at 08:21 No comments:

I have got a new friend. I am completely obsessed with her. When she is in her owner's arms, I just tag along behind and sometimes I can't help myself and I jump up, even though I know I am not supposed to.
This is B3... 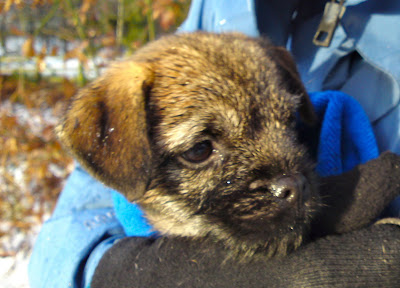 She is a lively little thing and not easy to get a photo of! 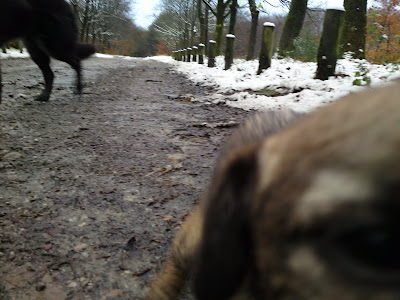 And I just can't stop following her.
Wherever she goes, I'll be there. 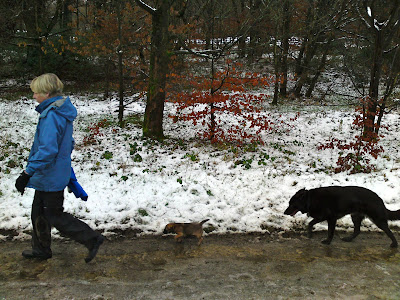 TJam has been doing some shopping today. We wondered if she was going to make it home when the weather turned like THIS: 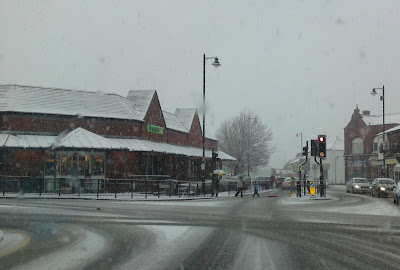 (Did you spot the optimistic little kid crossing the road with his sledge?
It was just like a Hollywood film!)
When TJam got home, we went for a most excellent walk. Beanz was overjoyed. Snow is her absolute favourite. She did her special bouncy run to celebrate. 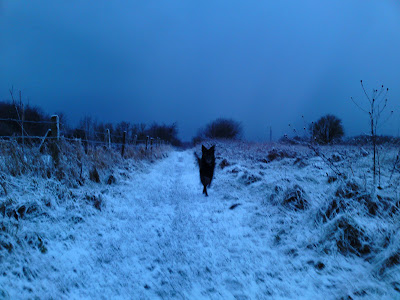 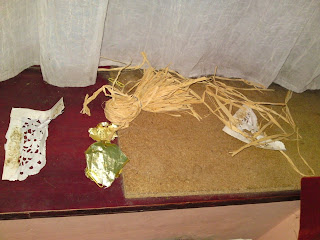 You were a lot of fun for a short period of time. I look forward to meeting you successor. I hope she falls off the tree and into my jaws, just like you did.
Your friend
Chips
Posted by Chips at 08:09 2 comments: 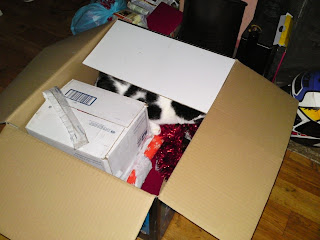 I do love to help with the Christmas decorations. We can't have dangly or too sparkly stuff any more because I eat it. Hope your preparations are going well.
Posted by Carlsberg at 07:39 1 comment: