In January we looked at old photos and spent a lot of time in the snow.
In February we got a new doggy neighbour (Echo) and little cousin (Loki), Steven Patrick moved house, the humans had dosa, looked at bulbs and met guinea pigs.
March was wet and B2 won rosettes at Crufts. We went for a walk with Alfie and GG before they went off to Guernsey. There was lots of breaking things and raiding.
In April, TJam put her phone through the washing machine and we went up a big hill. We saw Astra for the first time in YEARS and caught up with Piglet and Puppy.
In May, the sun came out and we saw David Bellamy, as well as Unliz and Coach. We went to the beach. We may have chewed a couple of things too...
In June we did lots of camping and holidays and beach stuff.
In July, we worked out how old we are in human years. Then we went to Devon to meet Loki. Beanz met Elvis.
Bready got her new house in August and we met Towny Farm and her family. The humans went to Go Ape. We saw Dr Noisette and Mr Jeep and we went camping with Cazza.
There was not much blogging in September, but in October, Bamgee got her Kindle (other electronic reading systems are available) and we went to the beach before Bamgee went off on her travels. We went for other walks and no one would take responsibility for the ornamental cabbage's demise.
By November, Autumn was here and the whole country was snowed in in December.
And that was our 2010 :)
(thank you Meep for pointing out I had written the wrong year in! doh!)
Posted by Chips at 21:31 2 comments: 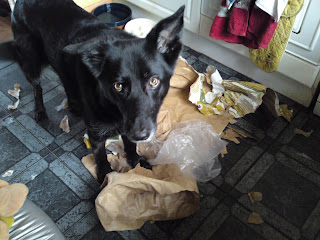 One of my favourite hobbies is trashing the old dog food sack. I tried to get in it but it was too small so I chewed it up instead. Don't worry, no crumbs went to waste. I made sure of that.
Posted by Beanz at 08:27 4 comments: 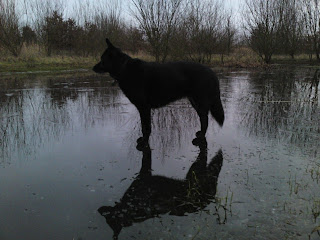 I think that since the "Autumn" post, things have moved on. TJam has been busy and not letting us get on the computer. Meany.
It was a bit nippy as we set off for our walk. 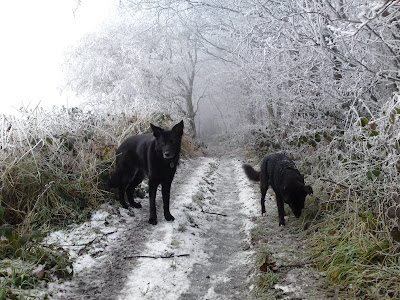 Our field was frozen and foggy. 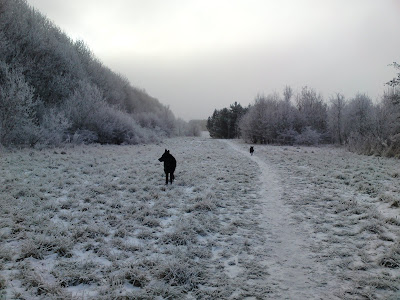 Up close, the frost was beautiful. And cold. Obviously. 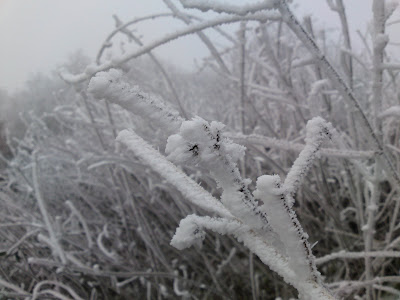 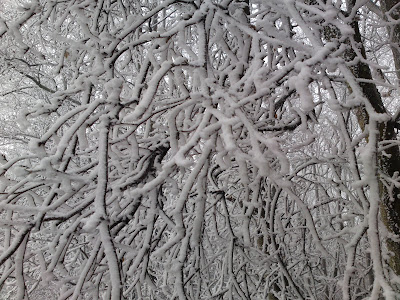