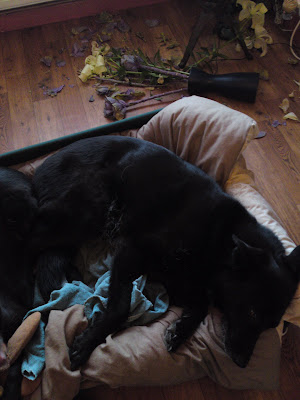 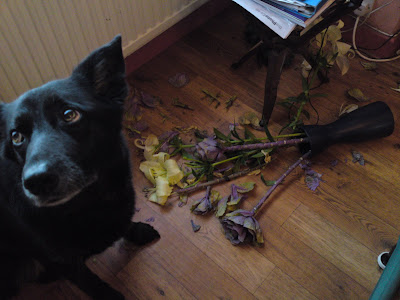 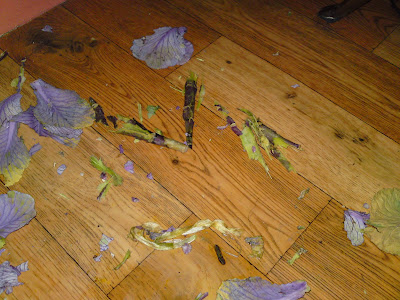 So, not only am I innocent, but Chips is very very guilty. Which puts me even higher up the "who's a good dog" scale than she is! Yay!

The camera doesnt lie, (except when it adds weight or does make ya bum look THAT big)Take the shame Chips, ya cant even eat the evidence as you'll still get found out, the joys of cleaning up after a dog!

You should be praised for eating up your greens. Most humans have to stay at the table till they've eaten theirs! DG